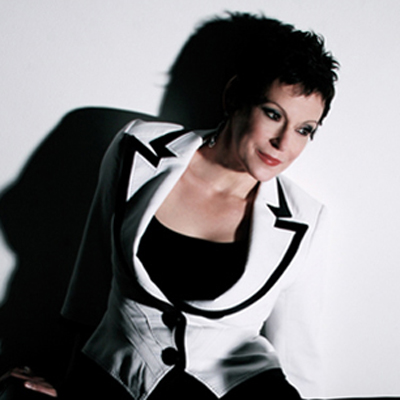 Giselle Wolf was born in New York. She studied with the Ballet Etudes Repertory Company in Connecticut, and NYU School of Arts. When she was 19, while working Off-Broadway, she was accepted at The Drama Studio London and moved to the U.K. to pursue her love of British theatre.

Her first role was in the West End musical ‘Bar Mitzvah Boy’ by Jack Rosenthal and Julie Styne at Her Majesty’s Theatre. Since then, Giselle has continued to play leading and principle roles in television and theatre. These include: Leah in ‘The Dybbuk’, Bianca in ‘Women Beware Women’, ‘Nancy Astor’, ‘2 Point 4 Children’, and ‘Too Much Sun’ all for the BBC and Gabrielle in the series ‘Bognor’ for Thames Television. Leading theatre roles includes: Jean Cocteau’s ‘The Human Voice’ (Thorndike Theatre), ‘Anatol’ (Cambridge Theatre Company), ‘A Cuckoo in the Nest'(Redgrave Theatre), ‘Company’ (Plymouth), ‘Gypsy’ (Worthing), ‘Oh, What a Lovely War’ (Bristol Old Vic), ‘Going On’ (Yvonne Arnaud Theatre & Latchmere), ‘The Angel’ (Arts Ed), ‘One Touch of Venus’ (The King’s Head) and her one woman show- ‘Voices from the Heart’. Giselle has recently played the title roles in ‘Molly’ by Simon Gray at the Victory Theatre, Burbank and ‘Celedine’ by Charles Evered at The Colony Theatre, Burbank.

Her cabaret appearances have been at the prestigious Pizza on the Park (London), Langan’s Brasserie (London), The Player’s Theatre (London), American Embassy (Stockholm), The Gardenia (LA), and several times as a guest with Ron Abel at Birdland (NYC). In 2008 Giselle performed her cabaret at the Rubicon International Theatre Festival, and this past year at the California International Theatre Festival in Calabasas.

Giselle has also performed in her one woman cabaret shows ‘Journeys’, ‘Journeys: A Celebration’, and ‘Love: A Celebration’ at The Metropolitan Room, NYC and at Crazy Coqs in London.